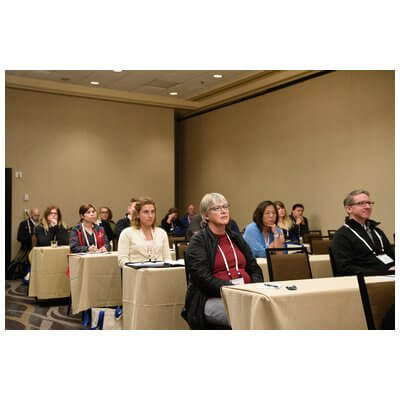 One of the highlights of each year’s The Business & Environment Conference is hearing updates from regulators and environmental experts on evolving environmental issues that will affect businesses in the coming year. Two of this year’s hottest topics involved air issues.

Carbon pricing will be in the policy forefront in both the Oregon and Washington legislatures in 2019. In Oregon, implementation of Cleaner Air Oregon will require the close attention of regulated businesses. The topic was prominent in two BEC19 breakout sessions, one that dealt specifically with carbon pricing and another that looked at 2019 legislative issues

Oregon and Washington have taken different approaches to the issue of carbon pricing and reducing greenhouse gas emissions. In Oregon, the Legislature has taken the lead in developing a cap-and-trade plan, which did not come up for a vote in 2017 or 2018. This year, with Democratic supermajorities in both chambers and increased participation from some representatives of the business community, the Legislature appears likely to adopt some type of cap-and-trade program.

Legislators, Governor Kate Brown, many environmental advocates and some business groups agree that cap-and-trade is the right approach to reduce carbon emissions. But many difficult decisions remain before a bill is finalized, participants in the cap-and-trade panel said. Where will emissions thresholds be set? How will energy-intensive trade-expose (EITE) businesses be treated? Will some entire industries be exempt? How will offsets be formulated? Will Oregon link with other states’ and provinces’ carbon markets? These questions will have to answered in a manner that ensures the necessary votes for passage while achieving the goal of creating a program that will reduce carbon emissions without damaging key industries and the economy.

To this point, Washington has traveled a different path on carbon, pursuing in carbon tax through a ballot initiative. But voters soundly rejected Measure 1631. Association of Washington Businesses Government Affairs Director Clay Hill said Washington Governor Jay Inslee has changed tactics. Rather than locking in on a specific plan or approach, he is “trying to break the legislative stranglehold by dealing with discreet sectors,” to develop a portfolio of policies that can be assembled into a package that can earn legislative support.

While 2019 will be a year of decision-making on carbon policy in the Northwest, the decisions have been made in regard to Oregon’s emissions program, Cleaner Air Oregon. Rules were adopted in November. In the New Year, businesses will have to start adapting. A three-person panel explained the program and offered advice to those who will be affected by it.

Keith Johnson of the Oregon Department of Environmental Quality (DEQ) said Cleaner Air Oregon, which has been in development since 2016, is built on three fundamental goals:

At first Johnson, said the focus of Cleaner Air Oregon will be new sources – which includes facilities that had completed all paperwork before January 1, 2019, even if construction is not completed. DEQ will slowly bring new sources into the program, based on risk assessment, and the vast majority won’t get a call anytime soon. He also emphasized that DEQ recognizes this is a new program and wants to listen to those who fall under the regulations and work with them to make the process work for everyone, he said.

Chad Darby with the environmental consulting firm of Maul Foster & Alongi and Geoff Tichenor with the Stoel Rives law firm also participated in the panel. They emphasized the importance of being prepared. Businesses who, based on the risk assessment criteria, eventually will be asked into the program should begin preparations before receiving a call.

“You want to make sure your emissions inventory is as in tune to your actual emissions as you can,” Tichenor said. Darby suggested going ahead and gathering information that will be needed to build a virtual model of facilities, a process that environmental consultants use when helping with the permitting process.

Everyone on the panel agreed on one key piece of advice: Be patient and work collaboratively with regulators. With a new program, some degree of confusions and/or conflict is inevitable. “We are going to do a lot of learning as we go,” DEQ’s Johnson said.

For more information, go to the Cleaner Air Oregon website by clicking here.